I sometimes get request for different scales of my modern U.S. Navy Aircraft Carriers. These sets include the signs, logo’s and safety stripes needed to detail the hangar bays.  These are printed on clear film decal paper. Each decal must be trimmed before dipping in water. The stripes are cut to width due to the various stripes used throughout the hangar bays. The prices vary base on the scale and the number of sheets. Scroll down and select ship and the price to purchase. 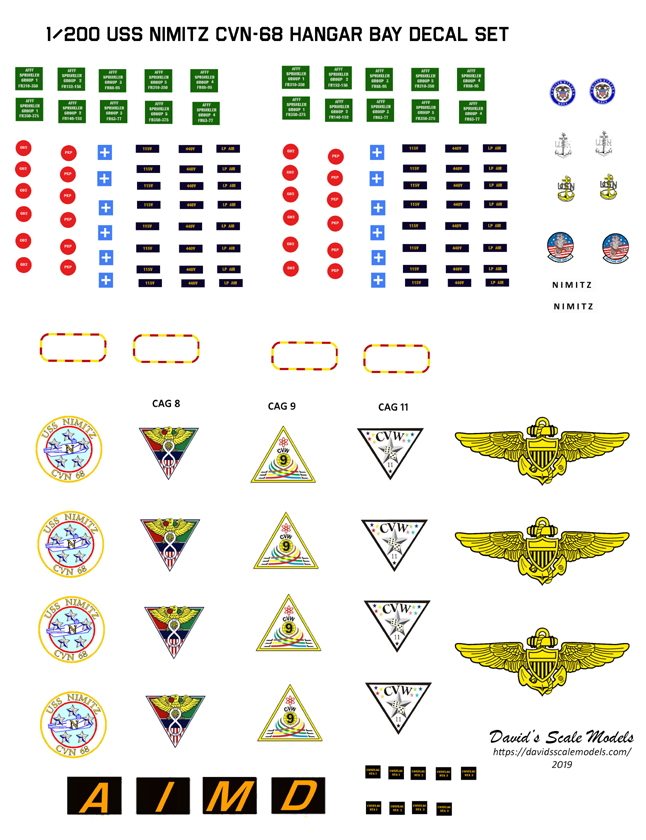 Includes signs, stripes, and logos used over the various years on the ship. Each decal sheet is printed on a single layer clear decal film. There are two sheets. One with the logos and signs. The second sheet is the angled and straight stripes. Worldwide first class shipping included.